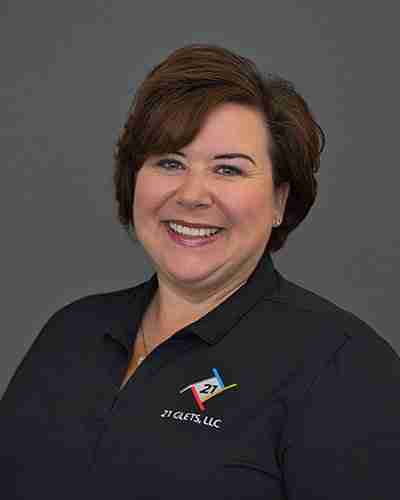 Heather Gonzalez is a 25 year veteran of public safety. She spent 20 of those years with the San Mateo County Office of Public Safety Communications as a police, fire and paramedic dispatcher, training officer, and academy instructor. She has been tactical dispatcher and a member of the fire incident dispatch team. Heather is the only California POST Subject Matter Expert on active shooters for dispatchers and participated in the POST active shooter video in 2015. She is currently consulting on the POST courtroom testimony video curriculum. Heather deployed in 2018 to support search and recovery efforts in Paradise after the Carr Fire. She is also a team leader for the San Mateo County Critical Incident Stress Management Team.

She began as an instructor in 2013 with Training for Safety. She overhauled the in-house, POST certified basic dispatch academy for the San Mateo County Office of Public Safety Communications in 2015 and was a co-instructor for the various learning domains in the two following years. Due to her knowledge and expertise, she was a panel member for the APCO Occupational Analysis for Dispatch Instructors.

In addition to her duties as a 911 dispatcher currently with Foster City Police Department, she works as a dispatcher for Insomniac, working music festivals such as the Electric Daisy Carnival in Las Vegas. As for critical incidents, Heather worked the 1998 Alameda County Fairgrounds shooting, the 2009 Hillsdale High School failed bombing attack, the 2010 San Bruno gas pipeline explosion, the 2013 Asiana flight 214 crash and the 2018 YouTube shooting.