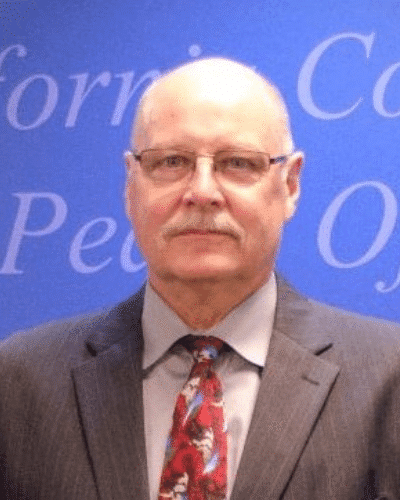 Gordon Sievert served 27 years at the San Mateo Police Department, retiring in 2007 as a sergeant. During his tenure at the San Mateo PD, he supervised the traffic unit, worked the special investigations unit as a detective, served on the hostage negotiations team for nine years, and spent four years as a SWAT team leader.  In addition, he provided in-service training in defensive tactics, TASER, police baton and crowd control.
Gordon has served as the field training officer supervisor, a use of force subject matter expert (SME), and instructed at the POST basic police academy. He assisted in developing tests for the basic academy as a member of the POST testing committee and was the program coordinator for the police academy at the College of San Mateo for eleven years.